outside the wire official Hindi trailer 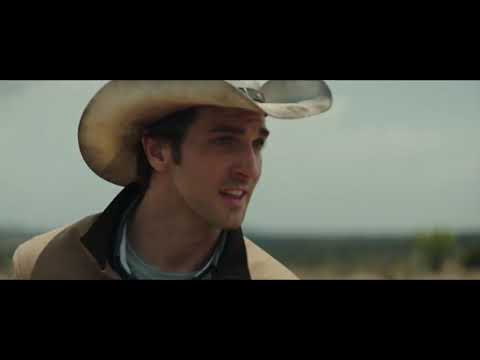 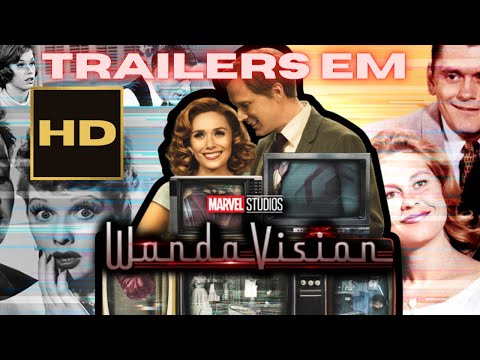 Boris Malagurski is an Serbian-Canadian documentary filmmaker, activist, and author.

Here, in this exclusive interview, Boris Malagurski tells us more about his plans.

How did you discover your talent for film?

Malagurski: Well, I’ve been filming since I was eight years old. My parents bought a camcorder for the family and one day I decided to bring my friends over from school to shoot some scenes, re-enactments of scenes from my favourite films and television shows. By the time I started secondary school in Serbia, I was already organizing premieres for my films at school – the first was a documentary about my high school, the second was a comedy. Well, it wasn’t supposed to be a comedy, but people sure laughed a lot at the screening: Seeing their friends from school act on the big screen must’ve felt pretty odd. But then I moved to Vancouver and decided to film my last days in Serbia, my trip and my first days in Canada. Using that material, I edited together “The Canada Project”, a documentary about what it’s like for youths (I was 16 years old) to move to another continent. I sent it to the First Take International Film Festival in Toronto for fun. When I got a call from the festival organizer, asking me to come to Toronto, where I later won an award for my film, I realized that my work could be shown to greater audiences than to just friends and family.

Who were your biggest inspirations?

Malagurski: When it comes to documentaries, Michael Moore. I love his style, even though he and I differ on various political issues. His films inspired me to dig deeper and try to present stories from a different perspective, no matter how far it is from the mainstream. While I was living in Canada, my mother Slavica inspired me a lot – she moved with me and gave up her life in Serbia so that I may have a better one abroad. Her sacrifice taught me that life is not about what we do for ourselves, but what we do for others. My father Branislav is a great inspiration for me as well, a man who has worked hard all his life, had great success, but never at the cost of personal integrity. I’m married now and my wife Ivana inspires and motivates me every day, helping me with my work and every problem I encounter, but also to enjoy life and unwind after a stressful period of time.

What do you enjoy most about your job?

Malagurski: The freedom that comes with it. The way I make my films is different from how they’re made in the mainstream. Typically if you have an idea, you have to convince an influential financier to accept your idea and support you. This usually means that you have to settle for a lot of compromises, because he who gives the money, dictates how the story goes. With my films, I present my idea to the wider audience and call for donations and support. I don’t have to accept any ultimatums, people support the idea if they like it and I’m free to produce the films as I please. This allows me to have a high degree of independence and I can make sure that my films only present facts.

You’re currently working on the Weight of Chains Part 3. How important is this to you, personally?

Malagurski: It’s an important film because it deals with the Balkans. The film also deal with various other ecological disasters that have an impact on the region, and our unpreparedness to defend ourselves from them, as was the case during the 2014 mass flooding. Why do they matter to me personally? Well, I live here too, and so do all the people I care about. For more details, people have to see my Weight of Chains movies.

What sparked your interest in making Weight of Chains?

Malagurski: When I moved to Canada, many people were asking me where I’m from. When I told them “Serbia”, I was met with two types of responses: “Is that in Russia?” or “Isn’t there a war going on there?” Needless to say, both responses showed a misunderstanding of where Serbia is and what happened there in the not too distant past. If people were informed, they were usually misinformed actually. They heard about Milosevic, Kosovo, the bombing, but not many Westerners knew about the root causes of those conflicts. Some thought the Serbs were to blame for everything, which was a very simplistic and wrong way of looking at the issue. It’s what mainstream media told them to justify everything. I wanted to tell them the truth. So, instead of explaining everything to everyone I encounter, I decided to make a movie that explains everything regarding the Balkans. So that next time they say: “Isn’t there a war…”, I can interrupt them with: “Just watch this” and give them a DVD.

What was the production process for a Weight of Chains documentary like? How did it kind of evolve from start to finish?

Malagurski: When I started thinking about this film, I was around 19 years old. I had just completed a short documentary about human rights in Kosovo called “Kosovo: Can You Imagine?” and was thinking about how to raise money for “The Weight of Chains.” The Kosovo film didn’t cost much, but for “The Weight of Chains” I needed to travel quite a lot in order to film all the interviews I had in mind. Consider that back then there was no Kickstarter. I just had a website with a PayPal account through which people could send me donations. The problem was that nobody knew anything about me or my work. I started e-mailing various websites and organizations who might be willing to spread the word, in hopes of reaching potential donors. Eventually a man called Branislav Grbovic from Perth in Australia e-mailed me and promised to help fundraise for the film. Thanks to him, several fundraisers were organized across Australia and instead of the funds needed, we raised even over. I travelled across the US, Canada and the Balkans to film everything and finally completed the film in 2010. To be honest, I didn’t know what to expect when the filming started, but after I finished all the interviews, I realized that I had a story that no one had heard before. Thanks to Radio Television Serbia, I received amazing archival footage that assured that this film would have a highly professional tone. To thank the wonderful people from Australia who raised much of the film’s budget, the world premiere of the film was in Australia, starting with Perth.

Why do you think Weight of Chains has prompted such strong reactions from people?

Malagurski: Well, I think it’s because the injustice was so grave that people felt angered at the extent to which the lies went in the 1990s. It wasn’t just the Serbs who had emotional reactions to the film, in the sense that they finally saw something that didn’t paint them as demons, but rather showed the true economic and geopolitical causes behind the bloody Yugoslav wars, it was also Western audiences who felt strongly about the film.

Given the rather emotional content of the Weight of Chains subject matter, how did you aim to maintain objectivity?

Malagurski: The truth is actually a very emotional thing. Doesn’t it feel good to hear the truth, to know that you have the right knowledge regarding a certain matter? Don’t you feel angry when it’s proven that you were lied to? And when the tragic consequences of those lies are shown in plain sight, doesn’t it feel sad to look at that? Emotions can’t cloud the truth if they are drawn from factual evidence. Of course, these are very dangerous grounds, because emotions can be exploited by those who tell lies to sell hidden agendas. However, anyone who watches my films can fact check everything I say. I encourage them to do so. We can always disagree on various conclusions, but facts are what they are. I present them and they shock many, these are the emotions I’m going for, because they have the power to motivate people to further spread the truth and try to change things for the better.

What did you learn that shocked you the most?

Malagurski: What shocked me the most was just how open the Globalists were about their goals regarding Yugoslavia. I often talk about hidden agendas, but their agenda wasn’t really that hidden – it was just being hidden by mainstream media, whose job was supposed to be to present us with the truth.

Tell our readers a bit about the other films you’ve made.

Malagurski: In 2012, I made a film about a controversial court case in Serbia and in 2013, I finished my documentary about Belgrade, the capital of Serbia. Recently I finished my film tour of “Kosovo: A Moment In Civilization”, a short documentary about Serbia’s UNESCO heritage in Kosovo. Your readers might have heard about the destruction of civilizational heritage in Syria and Iraq by ISIS, they probably saw those gruesome images of ISIS extremists demolishing historic statues, but did they know that these things are happening in the heart of Europe? Since 1999, over 150 Christian churches and monasteries were destroyed by extremists in Kosovo. There is footage of a man risking his life to climb to the top of a church only to take down and destroy the cross, as the church is burning. Haven’t seen those images? That’s because the mainstream media doesn’t want you to see them, as it goes against their narrative. This is what my newest film talks about.

You’ve achieved a lot of stuff in your career but you definitely need something there to motivate you, is there a big goal that you are still striving for?

Malagurski: I’m very much motivated by injustice, so the topics that I’ll deal with in the future will certainly address major injustices in regards to various economic, social and political issues. However, I’d like to make feature fiction films one day as well, to address important issues in a different way – through drama. These types of films cost more and it would be difficult to finance them using the donation model, but we’ll see what the future brings. All I know is that I won’t stop my quest for the truth. I used to think that getting recognition from major festivals was very important, but now I’m more interested in getting recognition from my audience, normal people like you or me who like watching good films that present unfiltered facts. But I wouldn’t say no to an invitation to Cannes, of course.

Last question, what are you looking forward the most to besides films in 2018?

Malagurski: I’m always looking forward to the summer break, as it’s the one time during the year when I turn off my phone and cut myself off from everything that’s going on around the world for a week or two. The Adriatic Sea really is the best place to do that and I can’t wait to go back there this year as well. After two weeks of relaxing I’m already anxious to get back to work.

Thank you for the Interview.

Superhit Song Of The Year